“What if… ?” This question is a leitmotif for Scott Harrison’s life and new book. What if a nightclub promoter wanted to do more with his time? What if he gave up the New York club scene to help people in developing African nations have clean water? What if he started a charity, charity: water, that put 100% of its donations into building wells in African nations with poor or polluted water supplies? What if his efforts helped 7.3 million people in Africa finally have clean drinking water and a reduction in disease? What if he could grow his charity from two people to over 70 in less than ten years? What if he could raise $3 million in less than 15 minutes? What if he could change the way charities are run forever… and change lives?

NYU M.S. in Publishing: Digital & Print Media students found out the answers to these and other questions when they were invited to be early readers of Thirst, Harrison’s forthcoming memoir (October 2018). They were given special reading galleys in preparation for a recent visit to Harrison’s publisher, the Crown Publishing Group, a division of Penguin Random House. During their visit, the students got to hear the story behind the story – the amazing publishing process of this book – from the members of the team that are bringing the book to life.

Entering Crown’s conference room, students got a sense of the publisher’s diverse list of books from the titles carefully laid out on the table; among them were Gone Girl by Gillian Flynn, The Martian by Andy Weir, Ready Player One by Ernest Cline, The Life-Changing Magic of Tidying Up by Marie Kondo, Cooking for Jeffrey by Ina Garten, and The Audacity of Hope by Barack Obama. 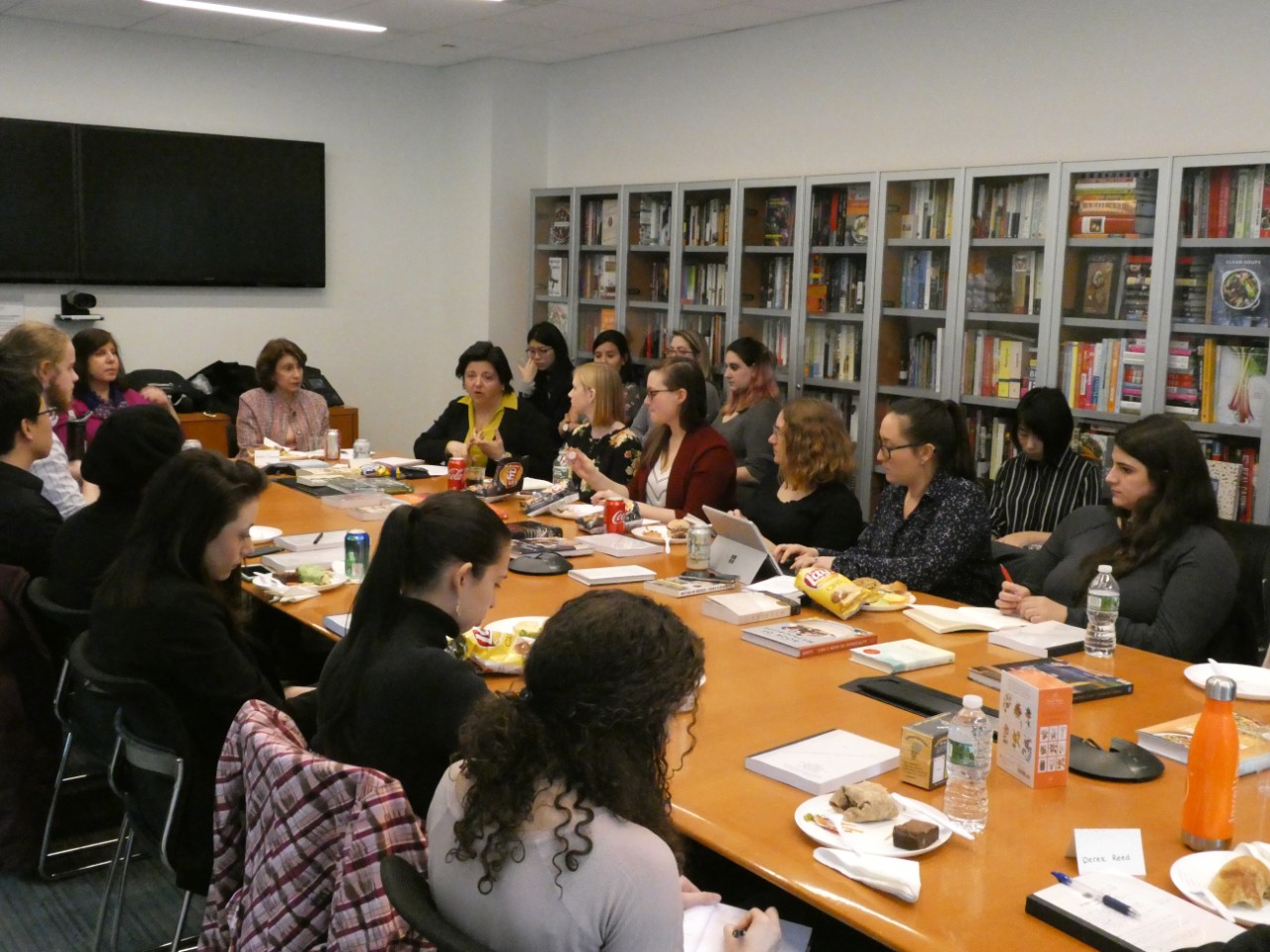 Carisa Hays, Vice President and Executive Director of Publicity for the Crown Publishing Group, and the host and organizer of the event, welcomed us: "We’re so glad to have you all here to learn about Crown, and about a book that we’re all very excited to be publishing in the fall. We’re eager to hear what you thought of the book."

Students shared what they enjoyed most about Thirst: the stories of the people in Africa that Scott Harrison interacted with, and how his humility created real moments that we could connect with as readers. Similarly, others appreciated how Harrison’s voice and enthusiasm come through in the book and how he connects his early life experiences to his later life of service.

Hays then introduced us to the team behind Thirst. At one end of the table sat editor Derek Reed, who edited Thirst, and Campbell Wharton, the Associate Publisher for Currency, the imprint within the Crown Publishing Group that will publish the book; Currency, Wharton explained, "publishes nonfiction by thought leaders across many different categories to inform and inspire a conversation."

Wharton described how Currency uses a cross-functional category team, comprised of executives in various departments, to scan the marketplace and identify thought leaders whose work might resonate with readers. Scott Harrison and his work with charity: water interested the Currency team, and they reached out to him through his agent. Once a book proposal was submitted, "Everyone here donated to charity: water immediately because Scott’s story and message were so moving on the page; we fell in love with the proposal," Wharton shared. The book eventually went to auction and Harrison and his agent accepted Crown’s bid on the basis of many factors including the talents and reputation of the Currency team, their vision and plans for the book, and an extensive marketing and publicity plan. Their overall passion for the book from the earliest days was particularly appealing to author and agent.

Once the book was signed up and the editing process underway, Reed sat down to shape and edit down the manuscript from about 150,000 to 96,000 words, and to work closely with Harrison at every step of the way. "What I like about how the book ended up," said Reed, "is that there’s a lot more story and detail than in most books about nonprofits and start-ups; you get a close-up view of what it takes to build something great." 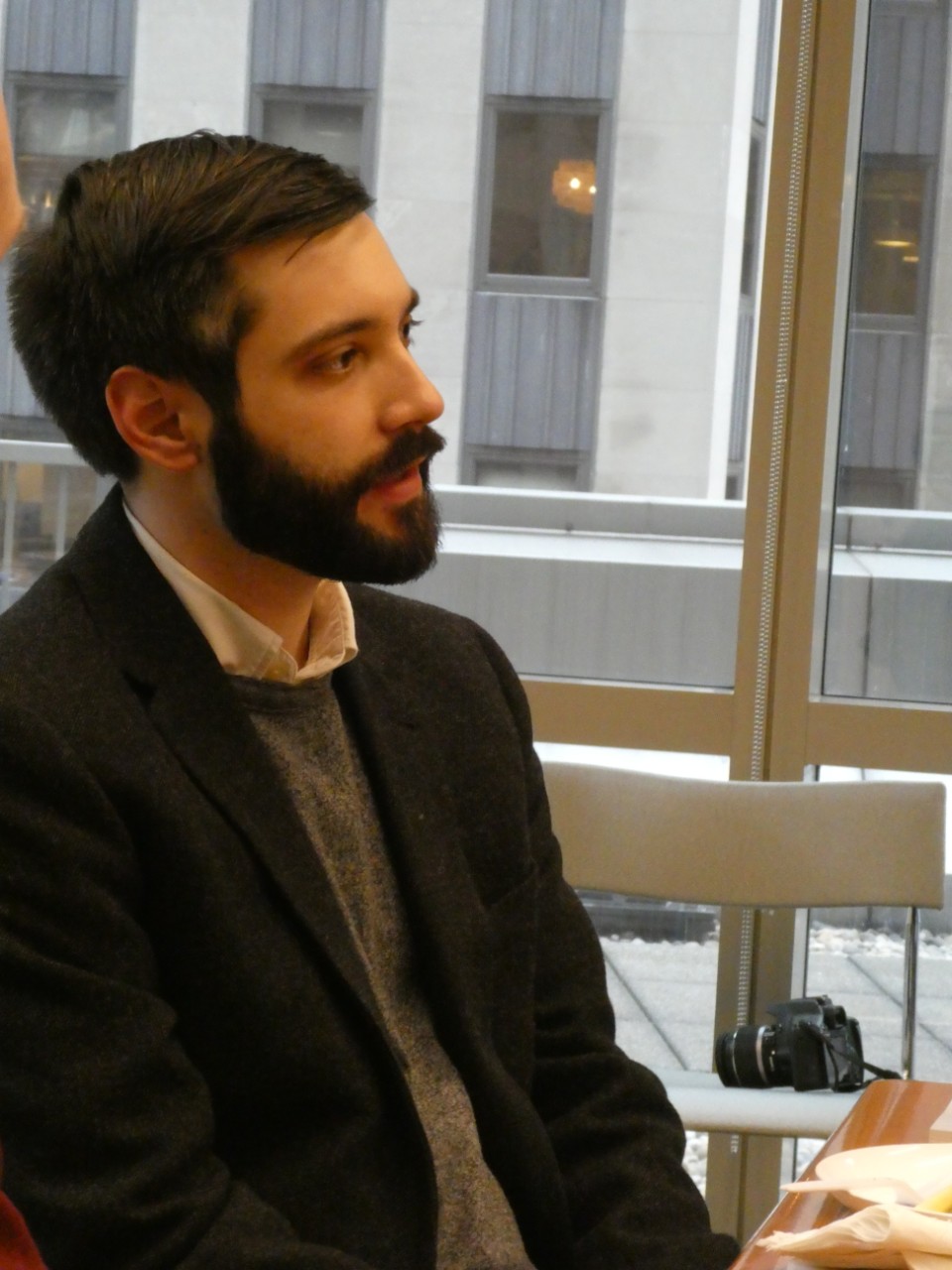 As Reed edited the manuscript, the marketing and publicity teams were working concurrently on their plan to reach a broad audience. Megan Schumann, Publicity Manager of Currency, described the publicity strategy that included selecting a variety of highly targeted media outlets known to be thought leaders, opting for quality over quantity. She noted that the media will love the story of "one man with an unbelievable story who has been able to start a company with two to three people and grow it to this large, sustained, amazing organization; charity: water is the Apple of charities."

Schumann spoke for everyone on the team when she added, "Marketing and publicity [for this book] are such an important aspect of our work because we know that if we can do a great job, we can change how clean water is funded, and change the world." Donna Passannante, Vice President, Executive Director of Marketing, then provided a brief overview of the book’s marketing plan, mentioning how closely marketing, publicity, and sales work to ensure that every aspect of the book will lead to its success. Hays added, "It helps us to work collaboratively with our authors. At Crown, we are considered one of the most forward-thinking of the divisions and one of our strengths is our marketing department." Towards the end of the discussion, Passannante said that this book, along with others that Crown publishes, are "changing the conversation around charities – it makes us proud and excited to do what we do every day."

What if we could change the conversation around every national and global issue through books? As students of the publishing industry, through our course work, industry visits, jobs, and internships, we are learning how to do just that.