"If this was even six years ago, I would not have been considered at all to do this job," remarked Samantha Barry, Glamour’s newly minted Editor-in-Chief about her current role, which she says has evolved considerably throughout the years. As the first keynote speaker for NYU's 2018 Summer Publishing Institute, Barry reflected on her professional experiences leading up to this point while also explaining her vision for the new Glamour. Barry grew up in Ireland and received her Master's in Journalism before embarking on a journalism career that took her to more than 25 countries. Most recently she served as executive producer for social and emerging media at CNN Worldwide. "My dream job was always to be either a war correspondent or the Editor-in-Chief of Vanity Fair," she said. Of her new position, one that involves overseeing the brand across multiple platforms beyond the print product, Barry noted that she maintains a "heart of journalism and head in business," recognizing the important ways in which they must live together cohesively. "This is a different era from the time of huge budgets in magazines, so editors now need to have an eye for numbers," she said. 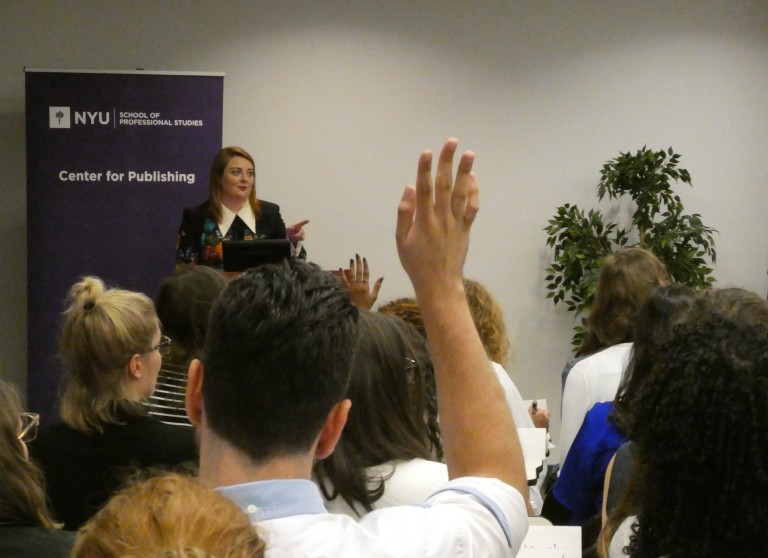 She went on to describe Glamour’s rich history and cultural significance, detailing certain benchmarks such as how Glamour was the first fashion magazine to put an African American woman on the cover and the first to produce a story about sexual harassment in the workplace. "In order to stay fresh and be important to readers, magazines need to keep redefining their point of view without losing their values," she said. Of the current digital iteration, she noted how Glamour used to approach the website with a “being first” mindset and aggregated content. Instead, she’s now focusing on how to stand out amidst a competitive digital landscape. For Glamour 2.0, as she calls it, she presented three key words to Anna Wintour, Vogue’s Editor-in-Chief and Creative Director for the company, and Bob Sauerberg, Condé Nast’s CEO: "Authentic, accessible, and relevant," epitomizing her new vision for the brand.

When Barry first started at the job, she told the fashion team that she didn’t want any shopping credits that say “inquire at a fashion house,” referring to expensive brands that don’t list a price, often featured in other magazines. As a result, the brands featured in Glamour are mainly in the $200-300 price range, focusing on investment pieces that are worth the reader’s money. This all alludes to the “accessible” part of Barry’s mission. However, she pointed out that accessibility in terms of including more looks and models who are plus-size is still quite difficult: “It's hard to be size inclusive, as designers are not making big enough samples" As for the "relevant" part, Barry wants to bring her decades of experience in hard news to the magazine for reporting on serious issues and journalism that matters to women, hoping to one day win a Pulitzer Prize. 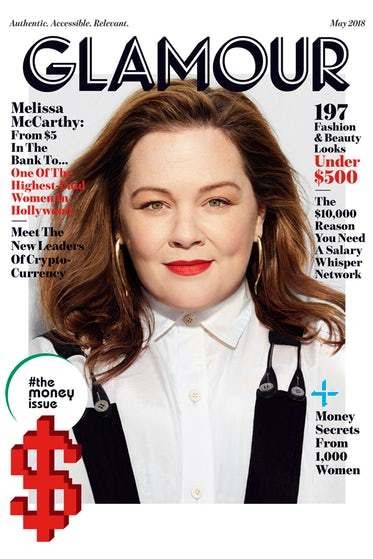 Her new vision for the brand made its debut with a redesign of the May issue, conceptualized by her creative director Nathalie Kirsheh, who came from W Magazine, and featuring new fonts and a logo with “digital depth.” Inside the magazine, she came up with four sections to reflect this new feel: Look (fashion that’s diverse, accessible and not aspirational), Feel (beauty, health, and wellness with a holistic view), Live (fun, TV & movies), and Think (great journalism. "We want to own the conversation"). Her whole team meets in the morning to discuss the topics they really care about. "Can we get exclusives? What’s the video element? What’s the follow up story?" are some questions she always asks when brainstorming and pitching new ideas. Another new initiative Barry employed is Glamour’s first digital cover, which will run six times a year.

All in all, she hopes to bring what is "funny, memorable, and shareable" to her audience, as well as to "look to a diversity of thought and background." This is a pivotal time for magazines and for their readers. "Glamour is in a moment of change," Barry noted, "in a defining moment for women."