It breaks my heart to even look at these 2017 graduation photos showing Cordielle Street as the energetic broadcast producer and journalist, proudly getting her degree.

With much delay, I learned of her tragic death on March 3, 2020 - two days after giving birth to a healthy daughter. She is leaving behind the infant and a 6-year-old daughter.

Instead of writing an obituary, I want to show her work, her energy and courage exemplified in this Independent Project. When our Cuba Study Abroad Intensive had to be postponed until after her graduation, she decided to go on her own:

“Upon my visit to Cuba, I endeavored to explore the use of visual language in a country with the unique history of being a former Caribbean colony for the Spanish, a former capitalist territory of the US, a communist ally of the former Soviet Union and in its modern manifestation a country shedding its isolationist past to become part of the global stage.”

Armed with only my connections and her own Caribbean feeling of sisterhood, she went in search of Havana’s visual language in July 2017:

“Needless to say it’s hard to immerse oneself in all that is Cuba in just one short trip. In four days I walked more than 32 miles, took local taxis, buffed up my broken Spanish and made friendships I hope to last a lifetime. From a visual perspective, the uniqueness of a country that is weaving together generations of experience and people that have survived, shaped and responded to every major socio-political system from Colonialism to Capitalism to Marxism to Socialism to this new frontier; post-Isolationism is overwhelming. There is so much to see and consume, from the pragmatism of the common man to the dreamer that is the artist. What I did discover is an innate ability in Cubans to communicate visually their creativity in every aspect of their life. Art is literally around every corner.”

If you knew Cordielle or are touched by her fate, here is a link to a fundraiser for her children. 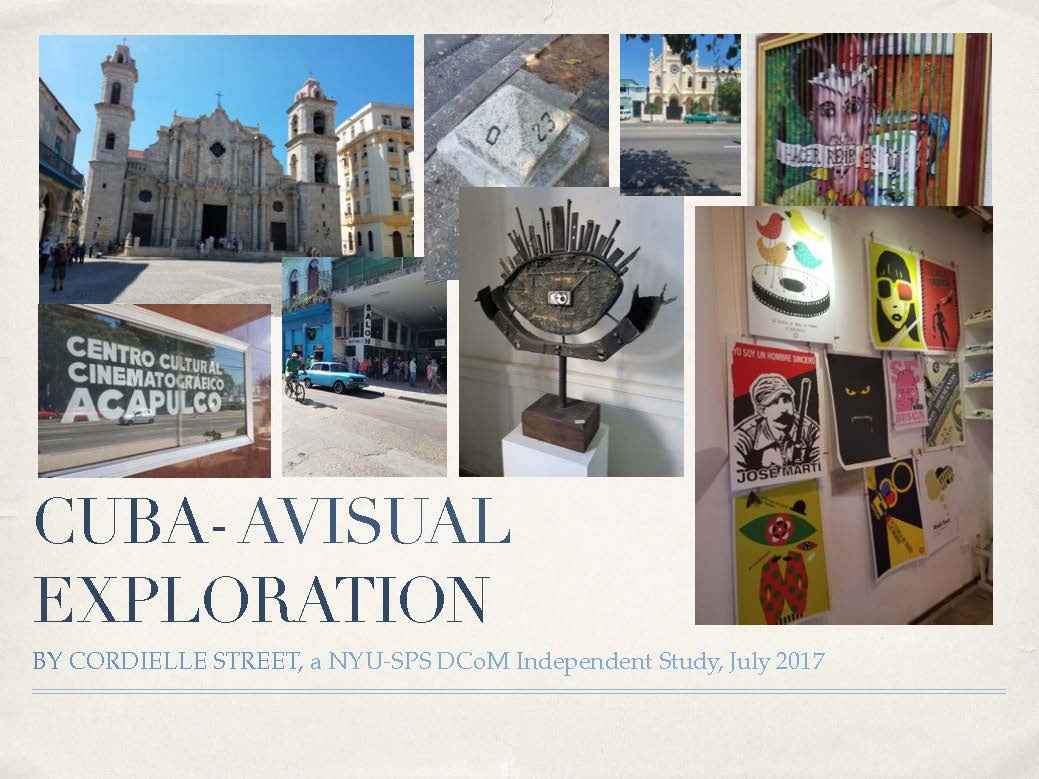