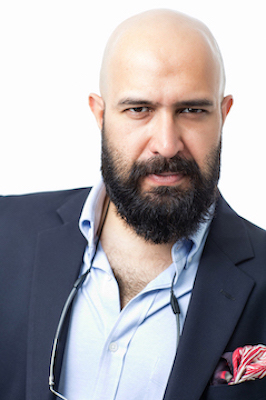 Wajahat S. Khan is Nikkei Asia’s Digital Editor in New York City, reporting on Indo-Pacific security (Nikkei is the world's largest financial daily, with over three million subscribers). A graduate of the Columbia University School of Journalism and the University of Michigan, as well as a Shorenstein Fellow at the Harvard Kennedy School, Khan has reported from 16 countries covering conflict, diplomacy, politics and media for digital, cable and network news, on and off camera. An Emmy-nominee for producing breaking news, Khan was NBC News' producer, correspondent and then bureau chief in Afghanistan and Pakistan for most of the last decade, and also covered South Asia for The Times, India Today and leading Pakistani networks. He also dabbles in cricket, and has authored the 2019 HarperCollins / Amazon sports bestseller, “Game Changer: Being Shahid Afridi.”

From Frontline to Headline: The 'War About the War' in Afghanistan