Casey Rotter is Founder and Global Lead, UNICEF Next Generation (NextGen) for UNICEF.  Based in Los Angeles, she led UNICEF Next Generation leadership, development and membership across the USA for the last 11 years and is now expanding the program globally.  She graduated from the University of Wisconsin, Madison with a B.A in International Relations, Global Cultures and went on to receive a Master of Science in Fundraising and Philanthropy from New York University (the program’s first graduating class), where she graduated at the top of her class. UNICEF Next Generation was born from Casey's capstone project, where she wrote how non-profit organizations should engage generations X and Y to cultivate their next generation of major donors, supporters, advocates and board members.  Casey is a recipient of the 2012 Forward Under Forty Award from the University of Wisconsin, was named 2014 Grand Marshall and Distinguished Alumnae by the University of Wisconsin, and was honored by Dell as one of Dell’s 100 inspiring people in their #Inspire 100 campaign, where she was 1 of 25 in the “World Changers” category. She sits on the Board of the University of Wisconsin-Madison's International Division and the Advisory Board of the American Friends of Yahad In Unum, as well as a member of Chief, network for executive women. 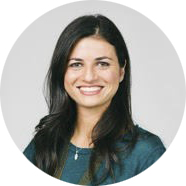