Enoch Lawrence’s career in real estate finance has led him to projects across the globe, developing the financing for major sports stadiums and university projects. After studying at the Schack Institute, Lawrence’s work brought him to the United Kingdom, and to Dubai at that start of that city’s meteoric development rise. It also led him to infrastructure and public-private partnerships, which dovetailed into stadium and arena projects—an area that has become his specialty expertise.

Today, Lawrence is the capital markets lead for sports and entertainment at Cushman & Wakefield, and part of the company’s debt and equity finance team. “It’s exciting,” Lawrence says of the venues he has worked on. “It’s new and it allows me to leverage my structured finance background in a super creative way.”

The increasing frequency of these venues in dense, urban areas—epitomized by the Barclays Center in Downtown Brooklyn to the Tottenham Hotspur stadium that just opened in North London—is an important indicator of the consumer shift toward valuing experience more than items. These spaces are often multi-use, hosting music, sports, and other events. They’re the “ultimate cycle-proof” business, Lawrence says, because they focus on social engagement and experience. “[P]eople don’t look at [a stadium] as real estate. It doesn’t fit a traditional mold. But at the end of the day, these are large, mixed-use projects that anchor communities.” 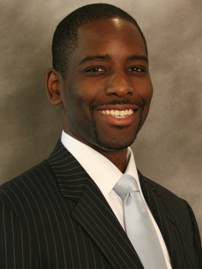 Lawrence got his start in the field by founding a leasing brokerage and small investment firm after graduating from the University of Texas at Austin. Wanting to become more sophisticated on the finance side, he enrolled at Schack and learned under the late Dean Ken Patton, which led to a formative internship at an established appraisal firm. “It became a real anchoring foundation in valuation, which really runs across all disciplines.”

By the mid-2000s, Lawrence was arranging financing for projects including Samsung’s office space in Dubai, U.A.E. At CBRE in the late 2000s, he oversaw the financing strategy for professional football stadiums, and worked alongside an international design team proposing solutions to the regeneration of East London following the 2012 Summer Olympics. Projects he has worked on include the merging of Sharia-compliant finance and exempt parts of a university project in Saudi Arabia, and advising on a sports project involving the Westbank First Nation Tribe on its tribal lands.

Today, Lawrence sits on the Schack Board and participates in student engagement events including the Executive in Residence program. He highlights the importance of using technology to facilitate connections and share best practices between students and professionals. In real estate it’s crucial “to understand and read people—you have to know how to read a situation and understand the other person’s perspective,” Lawrence says. “It’s been a fun ride.”