In 2015, Niurka Melendez fled the chaos of Venezuela with no intention of making New York her home, motivated only by the necessity of reuniting with her husband and son, who were already in the city with her older sister. Although in 2015 it looked unlikely, Niurka can now tell a success story, one in which she has founded the organization Venezuelans and Immigrants Aid (VIA) with her husband, Hector, learned a new language, and discovered a new community.

In Venezuela, Niurka ran her own online marketing business that advertised small shops through social media and other platforms. In addition to her professional life, her family, friends, and community were in Venezuela. She never imagined leaving it. However, as the political situation in her country worsened, Hector encouraged her to stay in New York at least temporarily. Niurka put her business on hold as her family settled into an uneasy, unplanned transition. 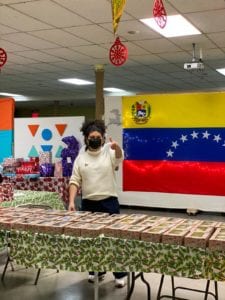 With only a visitor’s visa and a plan to return to Venezuela one day, Niurka experienced a period of uncertainty and, eventually, anger. She hated New York at first, both the city for seeming unwelcoming and the people for being unsupportive. “It was really traumatic for me, not knowing whether to stay or go,” Niurka reports. “Finally, I decided to start over in New York and say goodbye to that lady, that life. Hector and I were among the first who fled without being aware we were fleeing.”

As Niurka struggled to build a support network and find work, help arrived in the form of free English classes and an extraordinary English teacher, Tilla Alexander. The two became friends, allowing Niurka to let her guard down and embrace the new opportunities that came with learning a new language. Encouraged by her teacher, Niurka also began taking classes in Microsoft computer skills. Not only did she earn four certificates, but she also scored higher than the native English speakers in the classes. When she realized that she had done so despite being broke, far from home, and an English language learner, she regained the confidence and motivation to use her skills to help others. 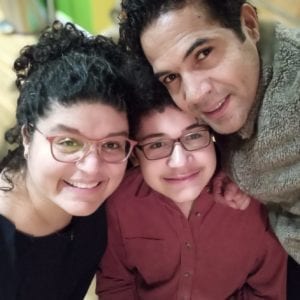 Niurka with Husband Hector and Son

Niurka pushed herself to continue learning English and making strides in New York. As she carved out a role for herself in the community, working as a translator and connecting other newly-arrived Venezuelans with services, she received an invitation to participate in a focus group considering the possibility of creating an English class for professional immigrants at the NYU English Language Institute. Niurka participated as a student in the first class of the program–Collaborative for New Immigrant Education. There, she could enhance her English proficiency while connecting to a community of ambitious refugees, asylees, and asylum seekers. By that time, she had already become an active member of a support group of forced migrants from Venezuela helping each other through the transition process. As her English skills allowed her to take on a leadership role within this group, she developed a passion for creating positive change and making the transition easier for other asylum seekers. 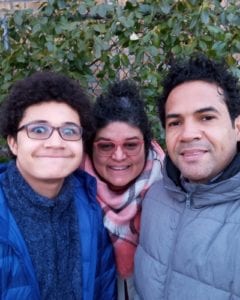 As she and her husband assisted immigrants from Venezuela to connect to social services, fellow immigrants, and resources that ease the resettlement process, a friend told her, “It’s not enough to call yourself a connector—give it a name.” This advice led to the birth of VIA in July 2020 when it became a legal entity. VIA is “a principled, independent, community-based non-profit organization that supports Venezuelan forced migrants in New York City.” Raising awareness is a big part of what Niurka does at VIA; they are dedicated to providing people with enough knowledge to overcome their own situations and then help others.

Niurka continues to enhance her skills, lead others, and establish herself and her family in New York. Solidarity, empathy, and empowerment shine through in the work Niurka and Hector do. The story of this new, unintentional immigrant demonstrates the ways improved communication skills, a growing network, and support from others can lead one to unexpected success and to contribute meaningfully to a community and a city.

Niurka Melendez was a student in the first cohort of the Collaborative for New Immigrant Education in the fall semester of 2019.

Maxine Sachar was one of the two Silver School social work interns at the Collaborative for New Immigrant Education.