Love in the Time of COVID-19

“The quarantine was good for one reason: love.”

That’s what Oded from Israel and Natali from Brazil agree on, both classmates at the English Language Institute at New York University for three semesters.

When they began studying English at the ELI, they quickly realized that their experience of studying here was not just about learning the language, but it was also about making good friends from all over the world. They quickly formed a close-knit group of friends from Chile, Korea, Indonesia, Japan, and Venezuela. With their newly-made friends, they explored New York together. They would also meet at each other’s apartments, forming deep relationships outside the classroom with their new international friends.

Then came the quarantine. No longer could they meet in large groups as they had before. Classes went online in March. As time went on, however, both realized that it felt so natural for the two of them to be a couple. 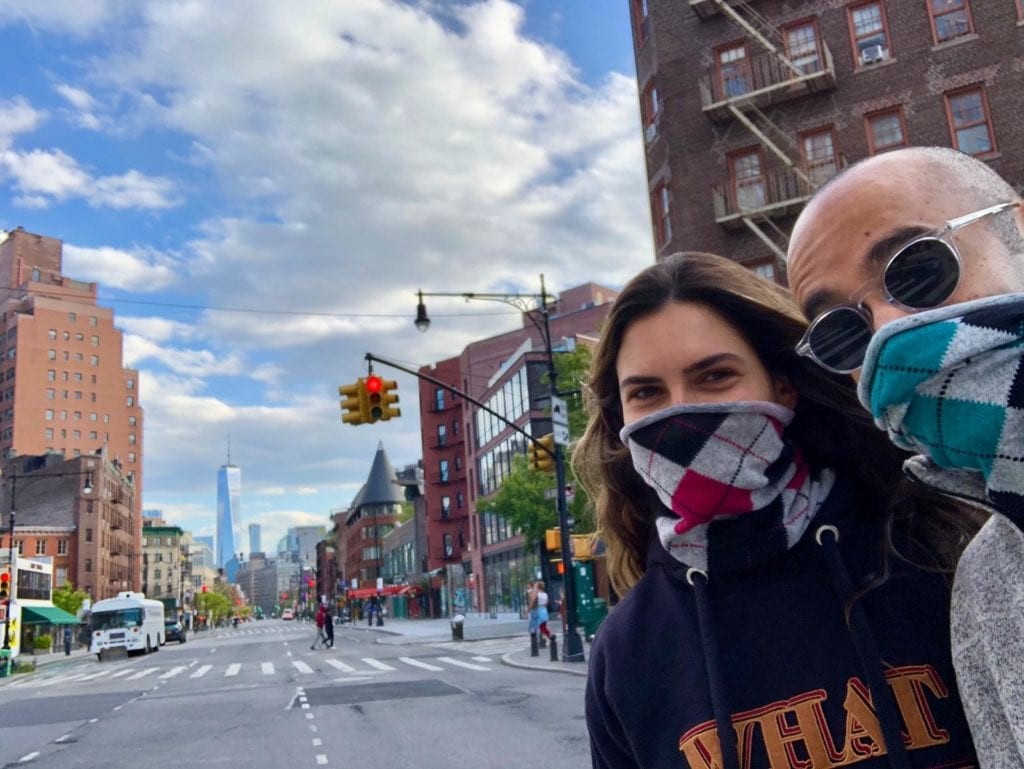 Natali and Oded in Lower Manhattan

And what does Natali love about Oded? “He speaks up without fear about what others think. He shows what he thinks and feels–and he has a big heart. And he makes me laugh.”

So during the quarantine, these two students became a team–working on their English together, preparing presentations together, and jogging along the Hudson River. They even took a romantic trip to the Finger Lakes during their break between semesters.

But this quarantine has also put some roadblocks in their relationship. Oded, an industrial management engineer, was hoping to go to Brazil with Natali when she returned to look for a job there. But because of the pandemic, Brazil banned non-Brazilians from entering. Natali, an influencer marketer, was hoping to go to Israel but she, too, was faced with the same travel restrictions. So both are back in their countries experiencing a two-week quarantine, thousands of miles from each other.

So how do they manage to keep up their relationship? Well, on Tuesdays and Thursdays they meet online for their CEP Speaking and Listening class. And luckily, the teacher (me) always puts them in a group together and always has them work on presentations together. Plus, there is FaceTime. Each has met the other’s family members there. Their families are thrilled about how they found love in New York. “They even love to jump into our conversations!” Natali laughed.

As for what she thinks of New York, Natali says, “New York is the best city in the world. It is a place you can be yourself without other people judging you. New Yorkers are open-hearted.” 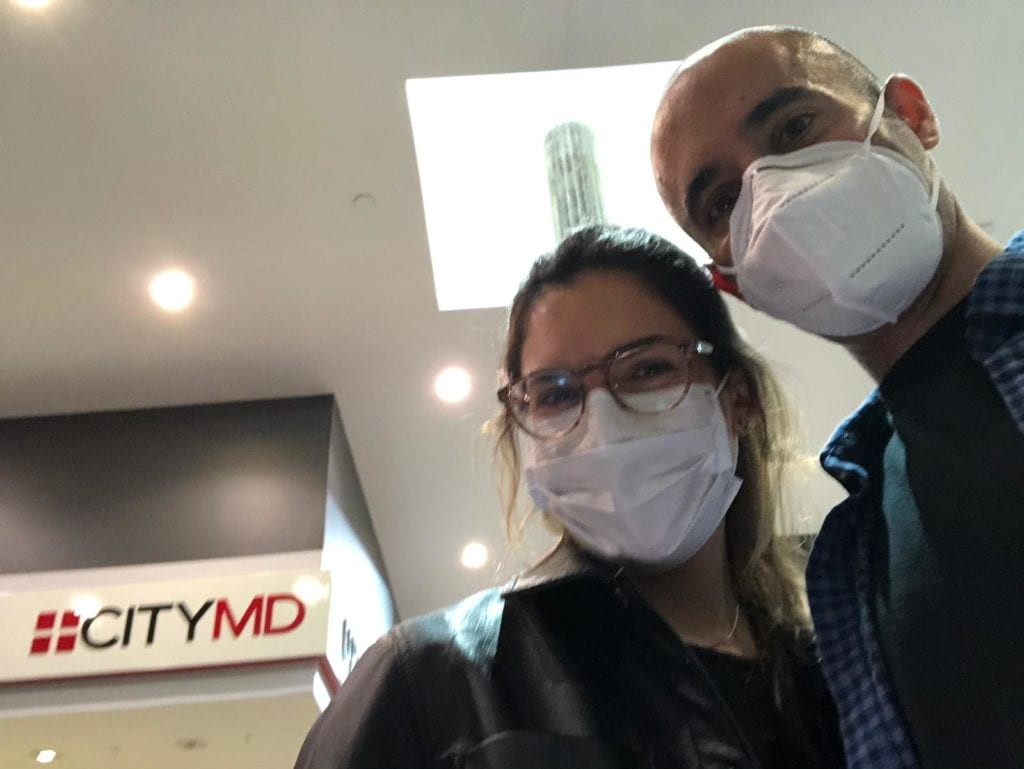 Oded seconds her opinion, adding that the ELI was the best place to learn English because of the diversity of the faculty. “This makes the students learn so much because teachers teach using world issues as subjects.”

“Plus,” Natali added, “We not only learn about many issues but we learn other skills like giving presentations and using persuasion skills which will help me wherever I am.”

What does the future hold for this lovely couple?  Perhaps they will both find themselves back in New York. Natali entertains the idea of doing a Master’s at NYU in marketing; Oded is playing with the idea of doing an MBA at NYU in the future. Soon they hope the travel restrictions will ease and Oded might be flying on that first plane out. Both feel that English will help them communicate with the world wherever they end up.

“Is it a problem coming from different cultures?” I asked.

“Not at all. We’re excited by those challenges,” Natali answered. Oded chimed in, “I can’t wait to jump off the port and swim to her.”