“We all rise and fall together,” said Ed Nawotka, Bookselling and International Editor for Publishers Weekly and a moderator at the PubTechConnect Conference, “Marketing Inside and Out: How Publishers and Retailers are Moving Books Now.” The recent conference was co-hosted by the NYU SPS Center for Publishing and Publishers Weekly.

The virtual event invited NYU SPS Center for Publishing students and publishing professionals to learn how publishers, booksellers, and the team behind a bestselling modern gothic novel have been adapting to a landscape changed by the COVID-19 pandemic.

After a brief welcome from the conference co-chairs, Andrea Chambers, Executive Director of the NYU SPS Center for Publishing, and Carl Pritzkat, Vice President and General Manager of Publishers Weekly, the event kicked off with a panel about “The New Marketing Toolkit.” Moderator Kristin Fassler, Senior Vice President and Director of Integrated Marketing for the Knopf Doubleday Publishing Group at Penguin Random House, made the important point that everyone must learn the skill of “being comfortable with discomfort.” She added that the 2020 Deloitte Retail Survey revealed most people will not return to pre-pandemic shopping habits. So, a major imperative for publishers is to find a way to “create branded imagery as a signal to online shoppers.” This imagery includes imprint logos, book covers, and social media graphics so the audience knows immediately who has posted.

Panelist Erika Seyfried, Vice President and Director of Digital Strategy & Consumer Engagement at Penguin Random House, discussed the need to be “nimble and flexible.” Seyfried suggested using 3D book covers instead of flat images to make the book feel as real as possible, as well as tapping into video in a major way. She also highlighted the importance of measuring everything internally, and, with the help of Google Search Trends and Google Audience analytics, knowing what works and what doesn’t. She mentioned the importance of the “smart spend,” meaning adding dollars to what’s working.

Virginia Stanley, Director of Library Marketing at HarperCollins Publishers, said “digital is the one and only” way for audiences and authors to connect. Among many new initiatives, she has increased Facebook Live events from the once-a-month pre-pandemic level to twice a week. Though buying behavior may be forever changed, Stanley noted, one thing hasn’t: recommendation is still the #1 reason someone buys a book. As an example, Stanley mentioned the brilliant “personalized picks” system of the Cuyahoga County Library in Ohio where people can take an online survey or call the library to get a list of books recommended to them based on their personal preferences.

For Rudy Martinez, Director of Marketing at Soho Press, pandemic flexibility manifests as “people working beyond their job description.” Now is also a great time, he noted, to focus on newsletter-building and crafting personalized campaigns based on subscribers’ past behavior. He also mentioned his newfound prowess photographing foil book covers on his iPhone, and that having “multi-use creative elements” was an efficient way to magnify design and marketing efforts without having to start from scratch for every platform or campaign.

Ebony LaDelle, Director of Teen Marketing at HarperCollins Children’s Books, urged publishers to “think broader than just books” and tap into larger trends and new audiences. She noted successful partnerships with brands like Urban Outfitters and ModCloth. Like her fellow panelists, she was excited about expanded social media opportunities and mentioned the importance of Instagram carousels and video.

During the second panel of the conference, "Retail and Beyond: How to Sell Books in 2021," the panelists talked about the widening gap between publishers and booksellers because the former are selling more direct-to-consumer. In some instances, this cuts booksellers out of the equation. If the disconnect persists, said moderator Ed Nawotka, “the United States is projected to lose 20% of its bookstores, costing thousands of people their jobs.”

“What are publishers getting wrong, and what have they mismanaged during this time?” Nawotka then asked his panelists. Hannah Oliver Depp, owner of Loyalty Bookstores in Washington DC, quickly replied: “Pitching everyone the same.” She pointed out that “there is not one YA reader, one mystery reader, or one type of bookstore.”

Uli Beutter Cohen, the creator and editor of Subway Book Review, added: “Publishing should follow the fashion industry with trend forecasters observing human behavior.” She argued that this would serve the audience rather than making the audience conform to the industry.

For Andy Hunter, CEO of Bookshop.org, one of the current challenges is that “[publishers] are not thinking about the overall community effect.” Much of the marketing dollars are going to Amazon Marketing Services, Facebook, and Twitter. He argued that marketing direct to consumers will kill the conversation only made possible by local bookstores, because bookstores recommend books and can most effectively spread literacy through a community.

Jackie De Leo, Vice President and General Merchandising Manager of Barnes and Noble’s 600 stores, noted that bestsellers often differ store to store. To ensure that inventory never runs out for popular books, the company is now instituting a program for 130 local booksellers to report books that are popular in their locations. Pointing out the importance of backlisted titles, she mentioned the new emphasis on “selling curated backlists on front tables.” 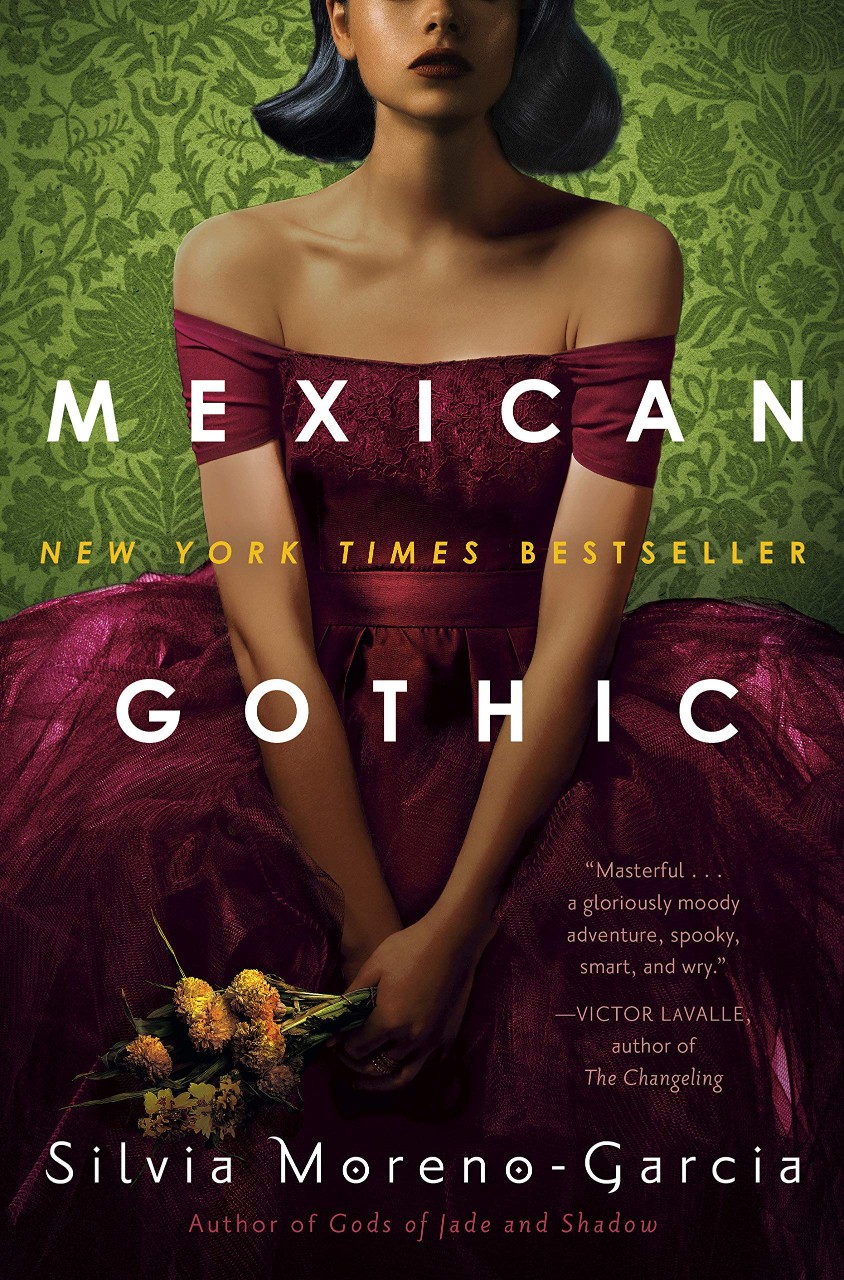 The conference closed with a case study on the making of a bestseller: Mexican Gothic by Silvia Moreno-Garcia published by the Del Rey Imprint at Penguin Random House. Del Rey’s Editorial Director Tricia Narwani knew the potential of the book early on: “I knew we could translate the language of the Gothic novel into something more contemporary and that this book had wide appeal.”

As Brian McLendon, Vice President and Associate Publisher of Grand Central Publishing and Twelve Books at Hachette Book Group (and a professor in the NYU MS in Publishing: Digital and Print Media program), deftly moderated the conversation, the Del Rey team discussed a complex and highly successful strategy. This included creating downloadable paper dolls designed to look like the book’s stylish protagonist, collaborating with a lipstick company, and harnessing the author’s fan base through artwork and a book club kit featuring discussion questions, a playlist, and exclusive essays by the author. The lush cover and feel of the book made it a hit with bookstagrammers, who were integral to its success. Marketing Director Julie Leung talked about the importance of empowering advocates of the book: “Natural champions seed the field, but as marketers, we have to keep watering it and make sure it keeps growing.”

Marketing Manager Ashleigh Heaton personally “read every single review” online to monitor the “early sentiment” of advance readers. The team readjusted the marketing efforts based on that feedback. “What makes you go that route as opposed to just the numbers and the word clouds?” McLendon asked. “The word cloud doesn’t tell the full story of what’s in that review,” explained Heaton.

The Mexican Gothic conversation nicely tied into the lessons learned throughout the morning conference: listen to your audience, be nimble and creative, and never underestimate the power of social media. Zara Hoffman is a first-year student in the NYU SPS MS in Publishing Program. She is also a self-published author and has a YouTube channel where she makes videos about musical theater and her writing.

To learn more about the NYU SPS Center for Publishing's MS in Publishing program, visit our program page here.