What do students in the NYU SPS MS in Publishing: Digital and Print Media program do in their spare time? Read! Naturally, the book club hosted by the program’s Publishing Student Association (PSA) is very popular. Recent books discussed by the group include Ninth House by Leigh Bardugo and World War Z by Max Brooks, a zombie expert who spoke to our publishing community as part of Zoombie Night right before Halloween.

For a special “Friendsgiving” Book Club session recently, the PSA invited cartoonist Shannon Wright, whose work on cultural appropriation has been recognized by the Society of Illustrators, to talk about her recent release: the middle grade graphic novel Twins, published by Scholastic. Wright is best known for her online work for The Nib, which includes comic and other art depicting politics, racism, and intersectional feminism. Her work also has appeared in The Guardian, TIME, The New York Times, and other publications. Twins, which is her first graphic novel, focuses on a pair of twin Black girls entering middle school and dealing with growing up, racism, confronting anxieties, and what it means to be your own person.

After graduating from Virginia Commonwealth University with a degree in communication arts, Wright began creating her own comic art and freelancing. She initially illustrated picture books for major publishers such as Macmillan, Simon & Schuster, and Penguin Random House, doing so without an agent to represent her. (She now works with Hannah Mann at Writers House.) 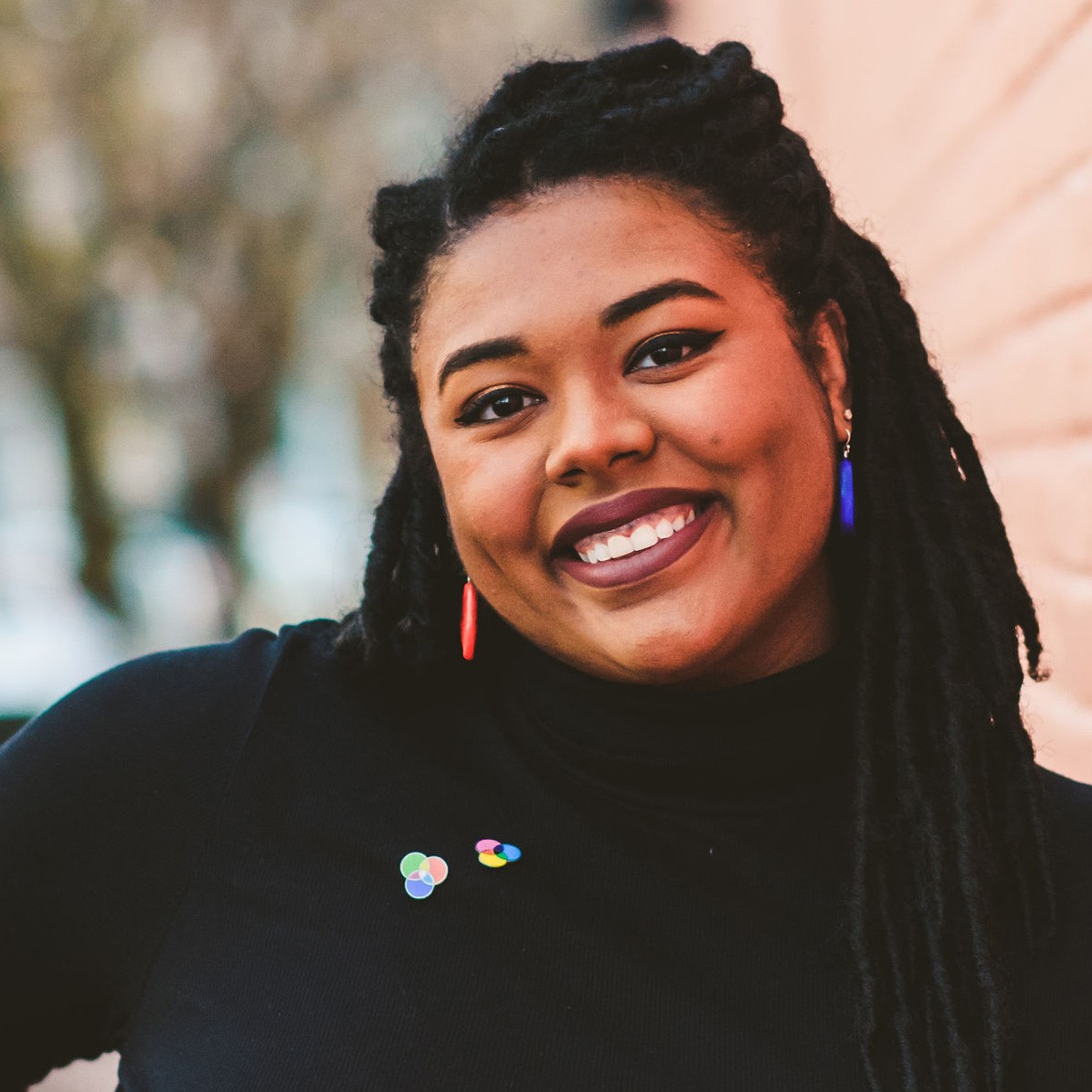 When it comes to finding your path in publishing, Wright emphasizes being genuine and nice to others, noting that being part of an “industry community” will help with recommendations and future work. That was important in working with the writer of Twins, Varian Johnson, winner of the prestigious Coretta Scott King award. Because the book was Wright’s first graphic novel and Johnson’s first comic work in general, they relied heavily on each other.

“This isn’t always the case with graphic novels, as I’ve come to learn, but Varian and I worked very closely together,” Wright noted. They ended up workshopping the novel as a team, and Twins received glowing reviews including in The New York Times, which wrote: “Wright’s colorful illustrations interplay with the text in clever and commanding ways.”

Tackling more mature subject matter is very important to Wright, as she knows it’s key for kids to see content that reflects their own issues, even from a young age. “There’s a lot of subject matter you want to touch on, because when I was a kid, like eleven or twelve, I learned a lot, I was going through a lot, I was experiencing a lot,” she recalled. While she did get a chance to talk to kids on her virtual book tour, she wishes she had the opportunity to meet the Black and brown readers who see themselves in her books on an in-person tour. That, alas, was halted by the pandemic. She’s already planning future sequels to Twins, and is eager to attend in-person book tours in the future. Wright said she’s particularly looking forward to signing books and “getting roasted” by kids.

Wright has a lot of plans for the future and, with her track record, that future looks bright. Despite her great relationship with Johnson and how proud she is of Twins, Wright is ready to do something different: she’s looking to expand into YA and adult content as well as transition into a writer role. “I’m looking forward to a time when I can be both writer and illustrator,” she said. “My dream is to get to a place where I am doing a completely personal project.”

Shannon is a first-year MS in Publishing student. She plans on pursuing a career in book publishing with a focus on supporting and editing the works of marginalized populations.