The Frankfurt Book Fair is the largest annual trade show in the book publishing industry. Agents, scouts, and sales teams from all over the world convene to showcase international talent, strike deals, and ultimately celebrate literature. This year, we were fortunate enough to volunteer as NYU MS in Publishing students at the Literary Agency & Scouts Center (LitAg) and the Frankfurt Kids Hub. This opportunity allowed us to see behind the scenes of the fair, meet the movers and shakers of the international book world, and be a part of the world’s biggest publishing event.

The LitAg was held in a new location this year, Festhalle, a massive event space. It consisted of what seemed like endless rows of designated meeting tables with a spot for every major literary agency from around the world. We had the opportunity to work the information desk, where industry personnel were granted access to the room with proof of their ticket and meeting schedule. This is where many of the co-agents and international deals took place. With the new layout, many of the visitors were just as disoriented as we were at first: it’s a big hall! Luckily, after a full first day of guiding people to where they needed to be, we had our bearings. 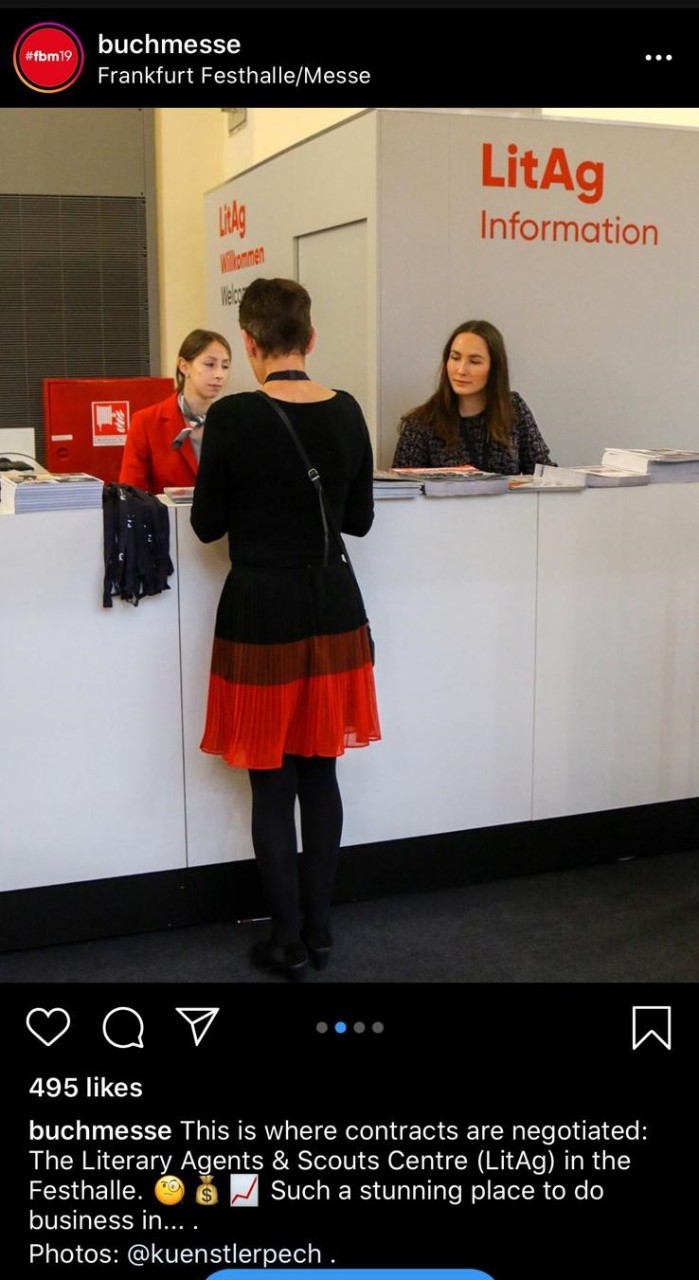 Through a chance encounter while working at the information desk, Georgina met a Toronto-based literary agent, who was kind enough to invite her to meet his team. As a Canadian student in the MS in Publishing: Digital and Print Media program, she was grateful for the opportunity to connect with agents from her home city. It was certainly a highlight of her experience at the fair.

Frankfurt Kids, where Connor spent most of his week, was the main destination for those interested in children’s book publishing at the fair.This well designed open space was dedicated to small publishers and newcomers to the children’s publishing world.

During the trade show portion of the fair, Franfurt Kids featured panel discussions on children’s book topics in Eastern Europe and Africa, as well as publishing for children with disabilities. 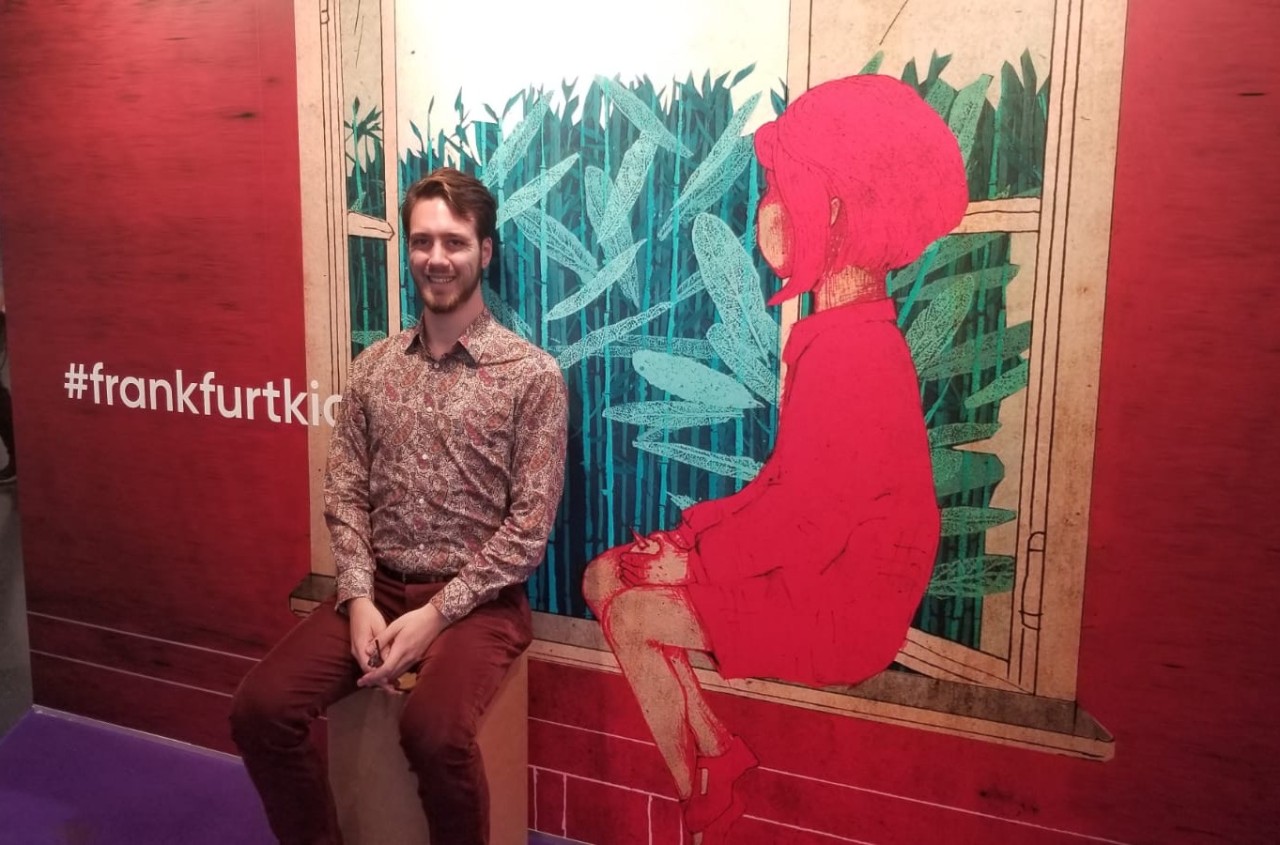 The most buzz-generating feature of the Kids Hub was the Walkable Catalogue, a free exhibition space for anyone to display up to two of their children’s titles along with promotion for their stand. Norway, this year’s Guest of Honor, had its own shelf, as did Eastern Europe and Africa. Graphic novels also had dedicated space. Georgina hopes to find her way back to Frankfurt next year since Canada will be the guest of honor in 2020.

Give the project something extra

We had the opportunity to meet with Alison Lazarus, EVP, Group Sales Director at the Hachette Book Group, and Barbara Tolley, a literary scout.

Lazarus attends the Frankfurt Book Fair each year to meet with retailers and customers she wouldn’t see otherwise. Her operations extend "domestically, internationally, galactically—wherever books are sold." She provided some insights into the world of book sales. The ideal salesperson is analytical, creative, and empathetic. To be successful in this industry, one must perceive trends before they emerge, be open to new as well as old ideas implemented in new ways, and understand the needs of accounts. As far as career advice, she suggested volunteering to do things others avoid: "Take the jobs no one else wants… and learn something from them." Alison added: "When you are given a project, don’t just do what is required: give the project something extra."

Barbara shared a challenge she faces in the book industry today. As a scout, she has international publisher clients that enlist her services to help them find U.S.-published books for translation in their markets. Barbara finds that many of the U.S. books published today are very American stories, which can be difficult for international publishers to envision being successful in their own markets. She hopes that more marginalized voices will come through in book publishing, voices that not only help publishers  check diversity boxes, but also tell rich stories with strong universal messages. 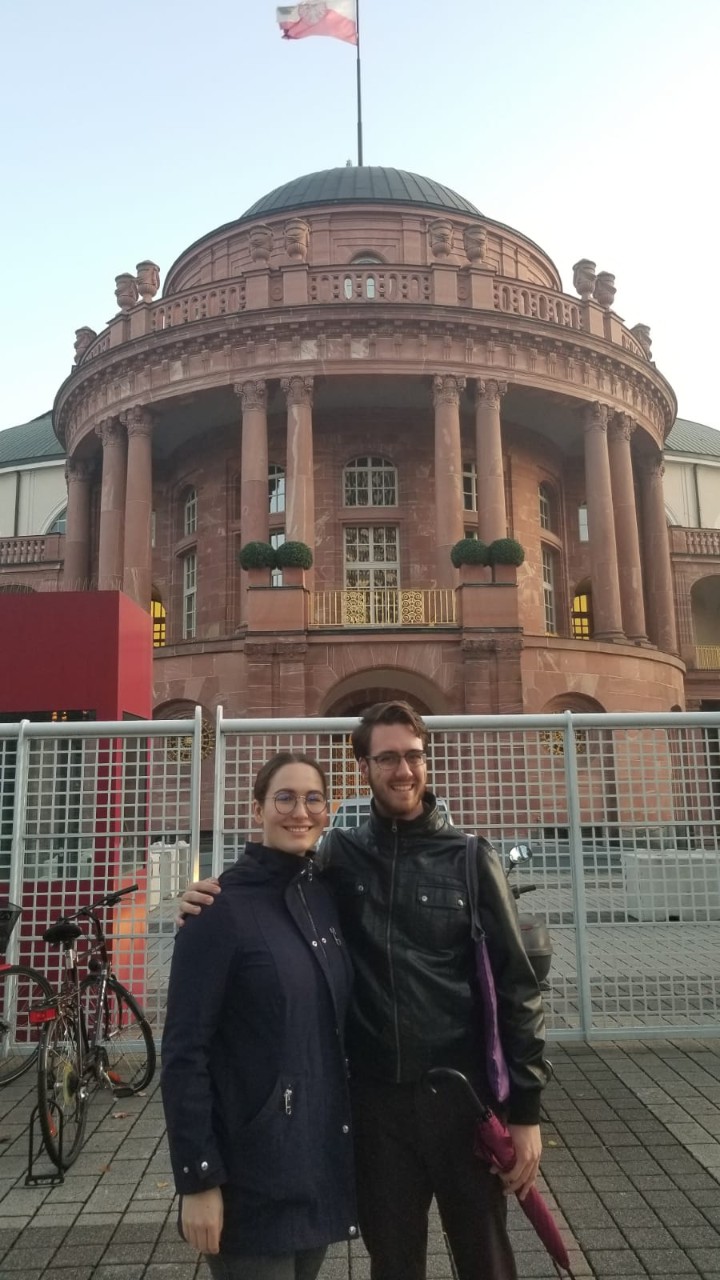