Inside The Atlantic: "Magazine of the American Idea"

“There’s a big distinction between staying neutral and attempting to publish different points of view,” said Juliet Lapidos, Senior Editor at The Atlantic. In fact, the distinguished magazine, launched in 1859 and nurtured by writers like Ralph Waldo Emerson, Oliver Wendell Holmes, and Henry Wadsworth Longfellow, has held to its core values while evolving into a highly relevant forum of opinions and ideas. During a recent virtual visit, NYU MS in Publishing students met not only with Lapidos, but with Shan Wang, The Atlantic’s Programming Director, Senior Editor Vann R. Newkirk II and Design Director Oliver Munday. The Atlantic staff shared in-depth insightsinto how the magazine stays true to its original mission as it modernizes and expands.

The Atlantic has branded itself as the “magazine of the American idea” since its founding and continues to look for writers who have eloquent and exciting opinions on current events Lapidos detailed how the magazine’s Ideas section, which she has helped edit since its founding in 2018, honors this tradition. Ideas provides staff writers with a space to share their personal thoughts on current events. The only rules that Lapidos sets for Ideas pieces are that they must be “[intellectually honest]” and “supportable by facts.” Lapidos’s claim that The Atlantic can publish a wide variety of opinions while having its own seems to resonate with readers; the magazine gained 500,000 paid subscribers over the past year and a half, and their latest reported total print and digital circulation to the Alliance for Audited Media was 833,000+.

Shan Wang shared how she helps The Atlantic’s brand remain consistent online. Wang reviews multiple types of content, including print stories, podcasts, and live events with writers, to ensure that every of presentation of The Atlantic, across its mobile platforms and social media channels, properly reflected its brand. Wang had previously worked in book publishing, and was drawn to The Atlantic because it encourages its staff to question “what the future of the news business would be.”

Vann R. Newkirk II shared The Atlantic’s response to a world that is currently filled with “real debates over policy and ideas.” To him, The Atlantic invites its readers to “deeply consider what the nature of this thing called America is…and how it lives up to and fails to live up to [its ideals].” He discussed several of the projects he has worked on since he started there as a political reporter in 2016, including Puerto Rico’s 2016 referendum on statehood, and the 2018 midterm elections. Newkirk also explained that The Atlantic currently publishes a monthly print magazine as it continues to carve out an identity for itself on digital platforms. He shared the story of how he and his colleagues developed Floodlines, a podcast that focused on Hurricane Katrina’s causes, events, and aftermath. Though the small team “had to build the plane as they flew it,” they succeeded. The Atlantic has also published three other podcasts: The Review, which analyzes one popular culture topic per week, The Experiment, a weekly podcast that questions the American experiment’s success, and How to Have A Happy Life, a research-based guide to happiness.

Cover Art Past and Present 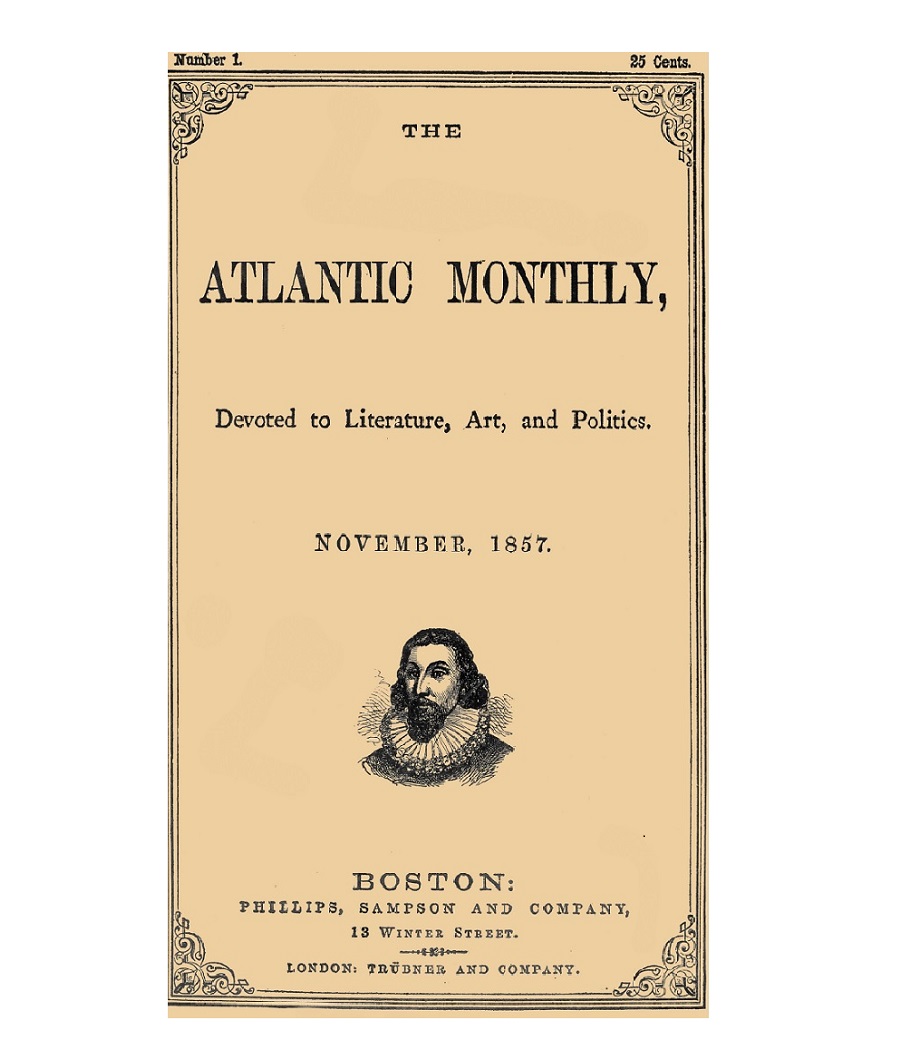 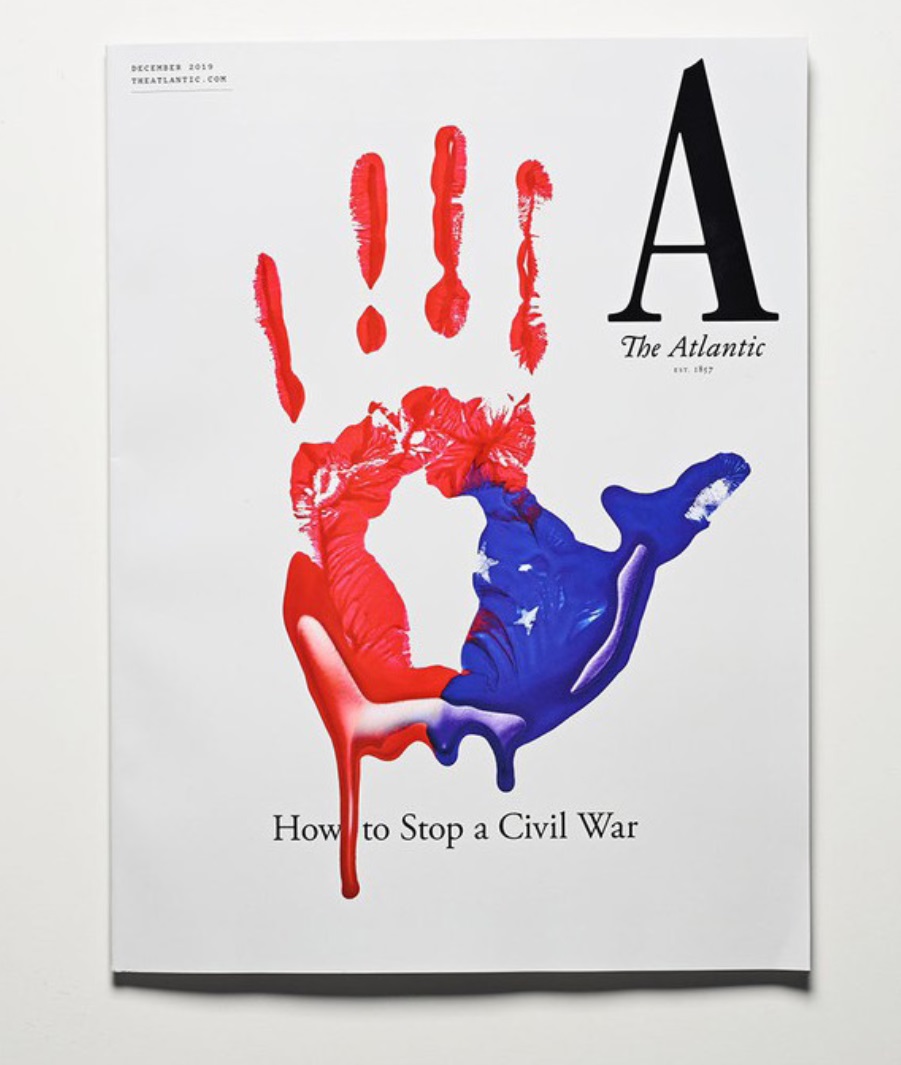 Oliver Munday elaborated on The Atlantic’s modernization efforts by explaining how he and updated the magazine’s cover and logo. The new logo had to give The Atlantic a cohesive look across its print and digital platforms, as well as distill The Atlantic down to its essence so that it could serve as an “anchor” for the brand on its website. Ultimately, he and his colleague concluded that The Atlantic’s signature “A” was the best logo to use for the magazine’s multiple formats since it is both sophisticated and modern, like the magazine itself. For the cover, Munday shared images from The Atlantic’s archives that the designers used as inspiration. The covers are an imporant aspect to The Atlantic's identity, as the cover serves as the central visual space of the institution. At the end of the visit, students came away with an understanding of how a classic magazine publisher can remain culturally relevant in a competitive media landscape.

Lara Drzik is a first-year MS in Publishing: Digital and Print Media student. She currently hopes to either become a literary agent or work in editorial or subsidiary rights at a book publishing house. Lara is also an avid crossword solver, and loves exploring New York City in her spare time.