On February 25th, the NYU School of Professional Studies Center for Global Affairs (CGA) was honored to host David M. Crane, Binta Mansaray, and James C. Johnson for a panel to discuss the remarkable legacy of the Special Court for Sierra Leone. The Court was formed to deliver justice for some of the worst crimes perpetrated during the civil war in Sierra Leone, a war of horrific brutality, with large-scale terrorization of the civilian population through crimes such as the hacking off of limbs, the use of mass rape and other forms of sexual violence, and chaining individuals to work in slavery-like conditions in diamond mining pits.

While accountability is always second best to halting atrocities to being with, the Court represented a remarkable accomplishment: not two decades ago, the international community was able to come together and help to end a cycle of horrific violence that lasted more than a decade by delivering credible accountability. That this was done in a cost-effective way and that it has led to sustained peace in Sierra Leone makes it even more remarkable.

The panel, titled “The Little Court That Did—The Legacy of the Special Court for Sierra Leone,” was moderated by CGA Professor, Jennifer Trahan, and introduced by CGA Adjunct Professor Andras Vamos-Goldman, who also had served as founding chair of the Sierra Leone Special Court Management Committee. The panel examined the accomplishments and legacy of the Court, as well as the Court’s remaining work in its “residual mechanism” phase. Given that the circumstances of the civil war in Sierra Leone were not that different from some of the most violent and atrocity-filled conflicts of today, the panel provided a relevant examination of how it was possible for Sierra Leone, the international community, and the United Nations to come together in creating the Court. The panel additionally showcased David Crane’s recently published book, “Every Living Thing:  Facing Down Terrorists, Warlords, and Thugs in West Africa – A Story of Justice,” which recounts his years as founding chief prosecutor of the Court.

David Crane and James C. Johnson, formerly chief of prosecutions of the Special Court and currently prosecutor of the Residual Special Court, elaborated on some of the accomplishments of the Court. These included: the Special Court’s successful prosecutions of leaders of all three of the major warring factions during the Sierra Leone civil war, and its eventual prosecution of former Liberian President Charles Taylor (indicted while a sitting Head of State) for his role in aiding and abetting the crime by two of the warring factions. 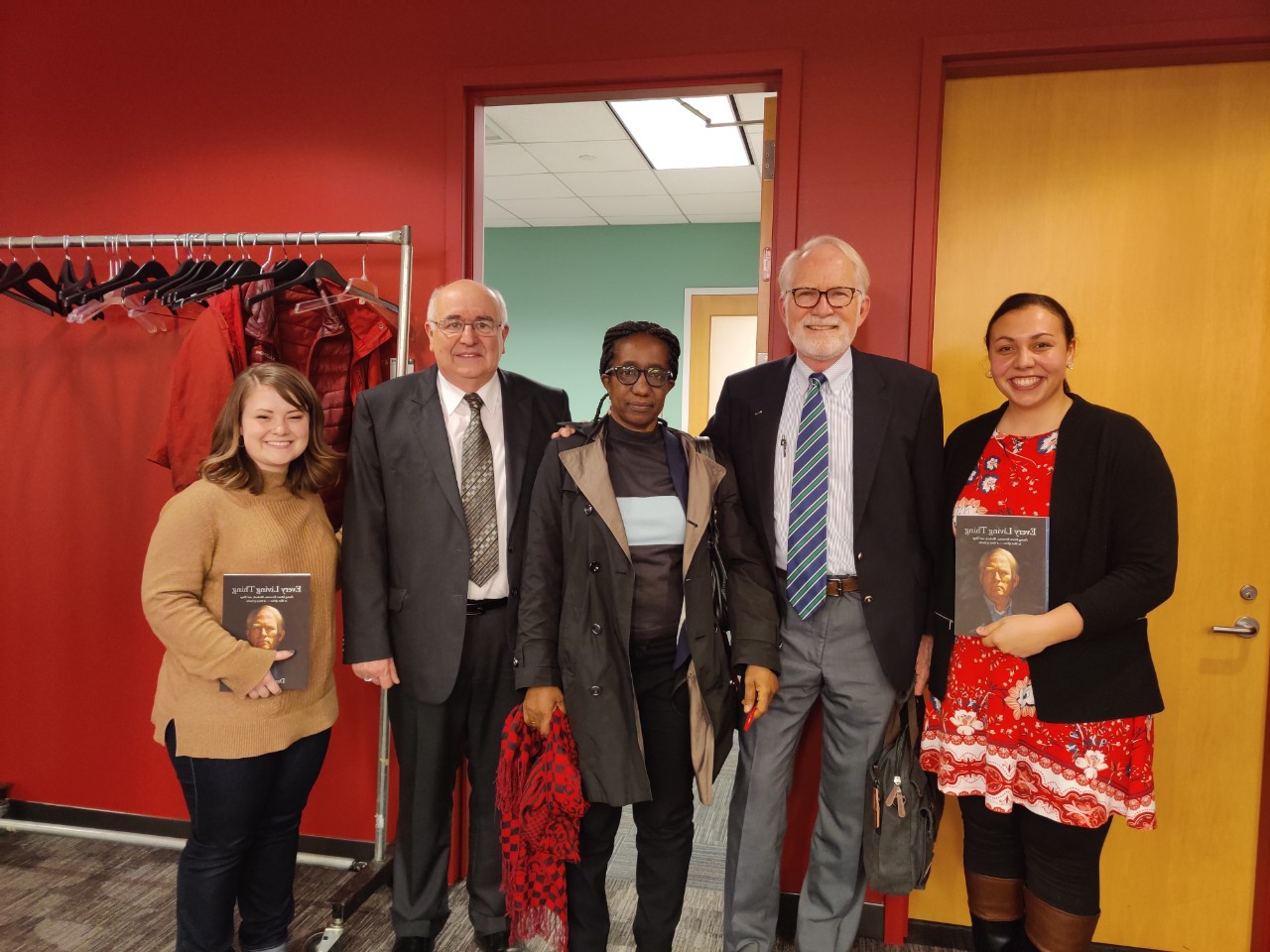 Some of the Court’s important jurisprudence includes:  the decision that a Head of State is not immune from prosecution before an international tribunal; the ruling that the enlistment, recruitment and conscription or use of child soldiers was already a war crime in 1996; the innovative prosecution of “forced marriage” (the use of “bush wives”) as a crime against humanity; the successful prosecutions of attacks against UN peacekeepers; and the truly landmark ruling that the Lomé Peace Agreement could not amnesty crimes such as crimes against humanity and war crimes before an international tribunal.  (See compilation of the jurisprudence of the Special Court)

Binta Mansaray, the Registrar for both the Special Court and its residual mechanism, spoke of the continuing work of the Court in its “residual mechanism phase” and the need for its continued funding.  She also spoke about the innovative and successful Outreach Program, which she played a key role in creating, and her experiences in meeting victims and perpetrators from all sides during the eleven-year civil war.  For example, she spoke of sometimes difficult conversations with victims, some of whom were dissatisfied with the mandate given to the Court to try only those who bore the “greatest responsibility” for crimes committed during the civil war, when so many had been victims of the conflict.  There were also sometimes difficult conversations about the prosecutor’s decision not to prosecute child soldiers, even though they had committed horrifically brutal crimes. David Crane explained the basic approach of the Court had been to recognize that child soldiers were both perpetrators and victims, and, as such, he took the position as Prosecutor that they did not fall within the limited subset of those who bore the “greatest responsibility” for the crimes committed during the war.

Overall, the panel showcased the work of three of the many dedicated individuals who devoted themselves to trying to secure some measure of justice for the worst crimes committed against the people of Sierra Leone during the civil war.  It also demonstrated the ability of the United Nations (or the international community and the United Nations working in conjunction with a country—in this case, Sierra Leone) to successfully create a “hybrid” tribunal. The panel concluded with David Crane’s aspiration that the tribunal could serve as a model for a hybrid tribunal in other appropriate situations should there be the political will to create such justice mechanisms.