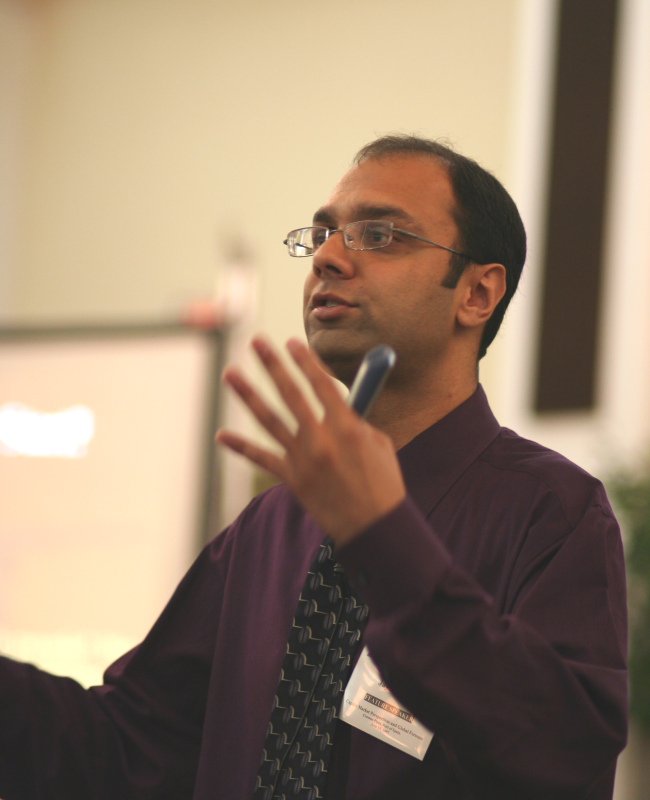 For over 20 years Jay has been multitasking three roles in his career – as an academic, as an investment practitioner, and finally, as a climate change social activist.

Since 2015, he has been a professor at NYU’s School of Professional Studies teaching Marketing, Entrepreneurship, and Social Entrepreneurship. To date, he has mentored over 200 student startup projects and over 140 student marketing plans.

He has been lecturing as a professor since 2000 teaching over 100 courses, ranging from entrepreneurship to investments, financial management, as well as international business to a wide variety of students at New York University, the University of DC, the University of Illinois at Chicago, and DePaul University.

As an investment practitioner, he founded Sanskar Advisors in 2000 to provide wealth management services to the underserved American middle class, building investment portfolios with his penchant for mixing game-changing startup companies with stable, high-dividend payers. He founded the firm as a 100% paperless, financial planning and tax preparation firm (before “fintech” was invented) now with over 600 clients in 14 states.

From 2002 to 2015, Jay was a Retained Speaker for the CFA Institute and the journalist community on his topics of How Companies Manipulate Financial Statements and A Global Forecast: What the World Has Learned... and Still Learning. He gave these lectures in over 20 countries including Canada, Europe, Africa, Asia, India, the Caribbean and 40 U.S. States. Business journalists have also gained from his book titled, Financial Statements: A Journalists’ Guide.

Prior to 2000, he worked for Chase Bank (formerly the First National Bank of Chicago) in industry analysis, emerging market credit analysis, derivatives, corporate credit analysis, and finally, as a senior portfolio manager for private clients managing $300 million in client assets. He received his CFA Designation in 1998, his MBA from the Kellogg Graduate School of Management at Northwestern University in 1996, and his BBA in Finance and Accounting from Southern Methodist University in 1990.

His global tours inspired him to seek new forecasting tools and in 2012 he received his Master of Science in Development and Humanitarian Assistance as NYU’s Center of Global Affairs. Armed with two master’s degrees in capitalism and social change, Jay recently founded +cause: climate, a global marketing agency designing highly focused and inclusive marketing plans for climate change startups.

Develop a deeper understanding of the social entrepreneurship sector and the skills necessary to fund, launch, and administer your own venture.